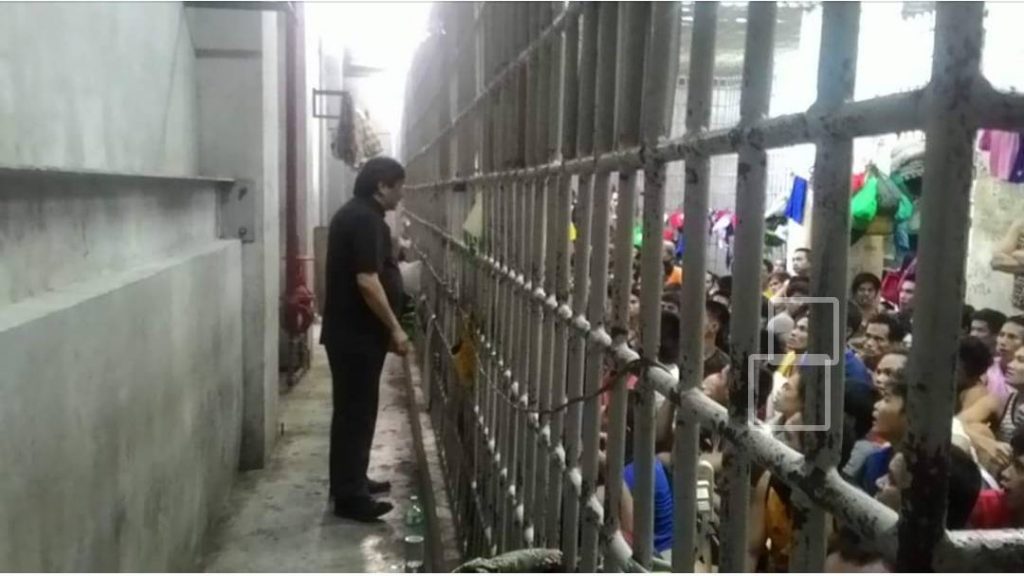 Fr. Tats Villavicencio joined us during the four masses held both in Laguerta and in Tunasan in the Philippines. He has been a blessing to the brethren as he testified on the great work which the Lord has done in his life…a drug user who eventually became a priest and a minister of God’s love and to the drug addicts in a drug rehabilitation center in Tagaytay! Father This is the the founder and the father of our city jail ministry. Thank LORD for Fr. Tats!!!

Fr Tats writes “During the mass I anointed the hands of the brethren both in Simbahan sa Kulungan and in Simbahan sa Tunasan and during the peace portion I asked them to go around and to minister to their inmates by laying hands on them and by praying for them.It was an awesome sight seeing the brethren reaching out to one another and acting in faith, believing for their most awaited freedom! God’s POWER IN JAIL!!!Glory to God!