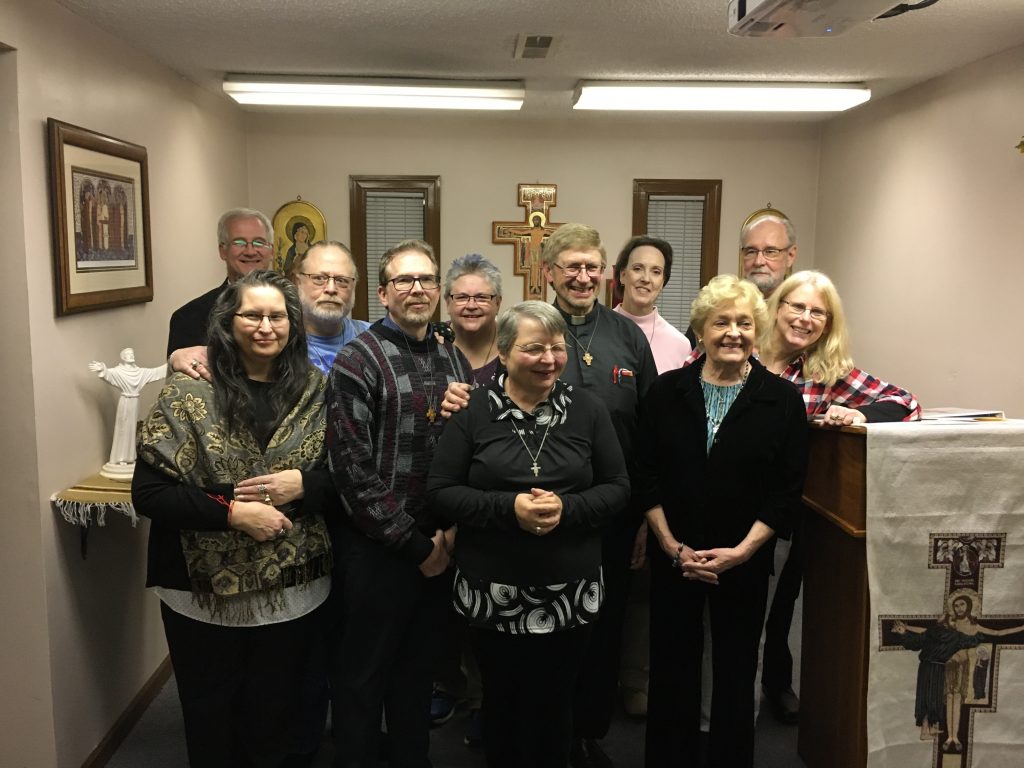 On November 17,2019 the Order Of Franciscan Penitents welcomed our newest member Bette Ham.

The Order of Franciscan Penitents was established November 17, 2007 in Columbia Mo at Historic Hatton Chapel.

One year later, 2008, we grew with one new member Sr Sharon Prenger of Columbia Mo. Our fraternity continued to grow with two additional members in 2015, Sr Suzanne Bastin and Sr Sondra McDermott, both of Kansas City area.
Our newest member, Bette Ham of Columbia Mo has been a part of the local Motherhouse- St’s Francis and Clare since 1999 and has continued to grow in her faith and following in the footsteps of Francis and Clare.

The post Order Of Franciscan Penitents get 7 new members appeared first on ICCEC.