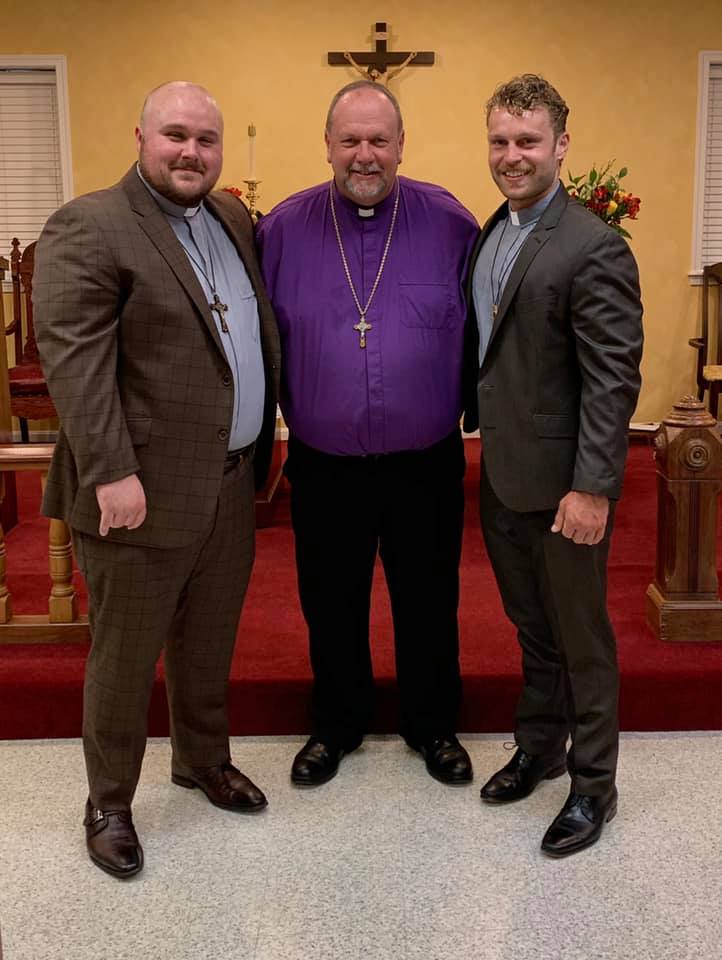 The Diocese of the Mid-Atlantic is most proud to announce the ordination of Deacon Samuel Foss and Deacon Caleb Northwood. They have completed years of study and ongoing discernment to pursue the vocations that God has placed on their lives.

In early 2017, a call was given to the men of the Mid-Atlantic Diocese (then district) to rise up and heavily consider the possibility of seminary and leading God’s people. Foss, Northwood, and nearly a dozen others responded. Since that time, the Mid-Atlantic Diocese structured Saint Stephen’s certificate program, a training environment for those interested in expanding their leadership capacity in their own church or considering holy orders through the CEC’s Saint Michael’s Seminary. The program, now a certificate administered by Saint Michael’s Seminary, was and is open to men of differing denominations and attracted men of all ages and backgrounds to further their learning and growth as spiritual leaders.

Both Deacon Samuel and Deacon Caleb completed two years of study with the certificate program, before continuing on to Saint Michael’s to pursue the necessary background for clerical ordination. Both deacons are excited to further the mission of the kingdom and to serve the people of God.

The post Newest Deacons in CEC appeared first on ICCEC.