Helping the Blind in Uganda 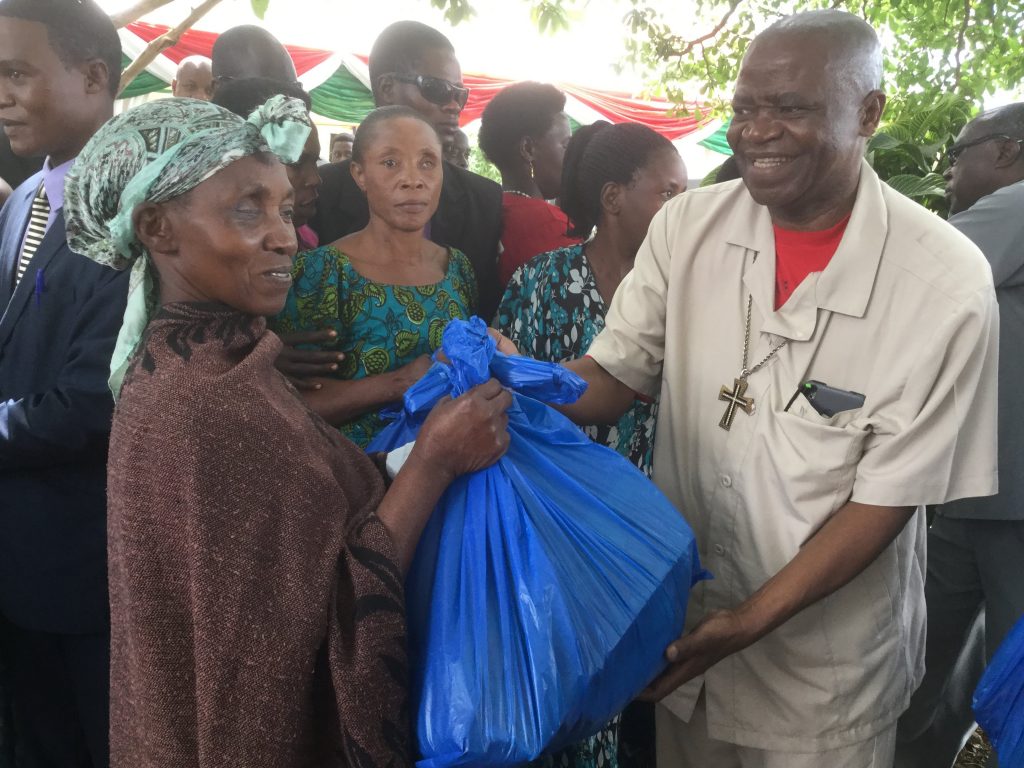 Bible Society of Uganda, Rwenzori Branch, celebrates 2018 Christmas with People with Visual Disabilities (PVD) at the BSU Offices at Balya Road, Fort Portal 14 Dec. 2018.  In the testimonies, Mr. Wandera who became blind in adulthood said he is a successful computer wizard today because he is self-confident. He challenged the challenge and met the need. He believes that blindness is a mere disability to see colors, not a total failure to do what one can do. Mr. Simon Peter Mukhama, The Of The Bible Society Of Uganda, highlighted 5 key-points about PVDs: It used to be difficult to find a blind person to read a Bible portion in church, but now many are ready.  The blind used to sit in the back seats if they were brought to the church at all, but today they are in the front seats, even as guests of .

Today the Blind a full Brail Bible no longer mere portions of the Bible.  The blind were the uneducated but today we boast of professors among them.  The blind used to be beggars but today even the blind are donors. Deriving his sermon from Exodus 4:11, and Romans 5:6,8 he emphasized, “God knows and loves the blind.” In his appeal, he asked even the sighted to learn Brail. He asked society to develop skill training for the blind for suitability of jobs for PVDs. He ended by echoing the motto of the blind, “Nothing for us without us!” and warned that we all NEED to care because some are blind from birth while others become blind in adulthood. Anyone is a suitable candidate.”

The post Helping the Blind in Uganda appeared first on ICCEC.