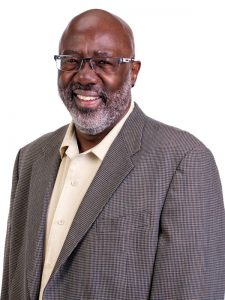 Doctor Don Davis of TUMI to be a Convocation Speaker

We are pleased to announce that Doctor Don Davis will be the Convocation Keynote speaker.

Doctor Don Davis, founder, and director of The Urban Ministry Institute has been involved in urban ministry and missions with World Impact since 1975. He has spent his entire ministry career seeking to raise up a new generation of qualified spiritual leaders, pastors, and church planters who can build up Christ’s church in the most vulnerable and unreached urban communities in America and across the world. As of August 2019, TUMI currently supports 299 TUMI satellites in 20 countries (64 sites of which in prisons). He is a graduate of Wheaton College (B.A., Biblical Studies) and Wheaton Graduate School (M. A., Systematic Theology,) with summa cum laude honors in both degrees respectively. He earned his Ph.D. in Religion (2000, Theology and Ethics) from the University of Iowa School of Religion. A recipient of numerous teaching and academic awards, he has also authored a number of books, curricula, and study materials all to equip, empower, and release biblical leaders to serve the Church of Jesus among the poor and oppressed, and display Kingdom transformation where they live and minister. He married his wife, Beth in February 1975 and together they have three children (one deceased), and four grandchildren. Read More