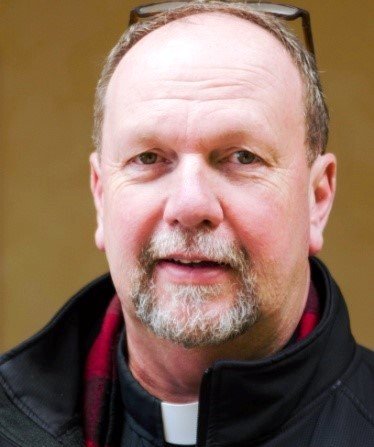 To the People of the CEC-NA

On March 15 2019, the Bishops and the people of God will gather in Bel Air, Maryland for the consecration of Rob Northwood as a Bishop to serve the Mid-Atlantic Diocese of the Charismatic Episcopal Church in North America. This will be a celebration not only for the people of the Mid Atlantic Diocese but for the whole Church. It is a sign that God continues to pour out His anointing upon our communion and the work we have been called to do.

Fr. Rob is a man of God. He has a history of being a good pastor, preacher, and teacher. He is a devoted and loving husband. He is a father of six children, a father-in-law, and a new grandfather. His family, his parish, his brother clergy, the community in which he lives, the leaders of other denominations and communions all respect him. Fr. Rob brings a multitude of gifts and talents to the Primate’s Council and the Church internationally.

It is a hard time to become a Bishop in the United States. The United States is increasingly rejecting her Judeo/Christian heritage and roots. It seems unimaginable that as I write this, we are seriously debating whether or not “infanticide” is a good thing let alone an acceptable thing. In recent years, our country has rejected traditional definitions and roles for family, gender, and marriage. Christians are increasingly labeled as “bigots,” “sexist,” “dangerous,” “judgmental,” and “divisive.” Again, it seems odd that we are even discussing in these days the religious liberty for Christians.

But a look at history soon tells us that this not the hardest time, there have been harder and far more difficult times. The entire 20th century was a far more difficult time for the Christians who were horrifically persecuted. And each generation has had to face its tasks and difficulties. There is an ancient hymn that begins with the words, “Once to every man and nation comes the moment to decide…”

Fr. Rob has been prepared for “such a time as this.” He will join a Primate’s Council that is well equipped for the work God has put in front of us. He joins a group of men who are listening to the voice of the Lord as it comes to us in worship, in Scripture, in prayer, and through the collective voice of the people of God. He will work with us to “equip the saints for the work of the ministry.” He will be a father to the children of God.

We thank God for Fr. Rob, and we will gather to celebrate. In many ways, it is giving thanks to God for his life and witness. It is celebrating what God has accomplished in his life and ministry. And, those who know him and love him are very proud of him.

I understand that most who read this will not be able to be present for the consecration. You will be missed, and you will miss a glorious and anointing evening. But you can participate! You can participate by keeping Fr. Rob and his family in your prayers.

I remain your servant in God,