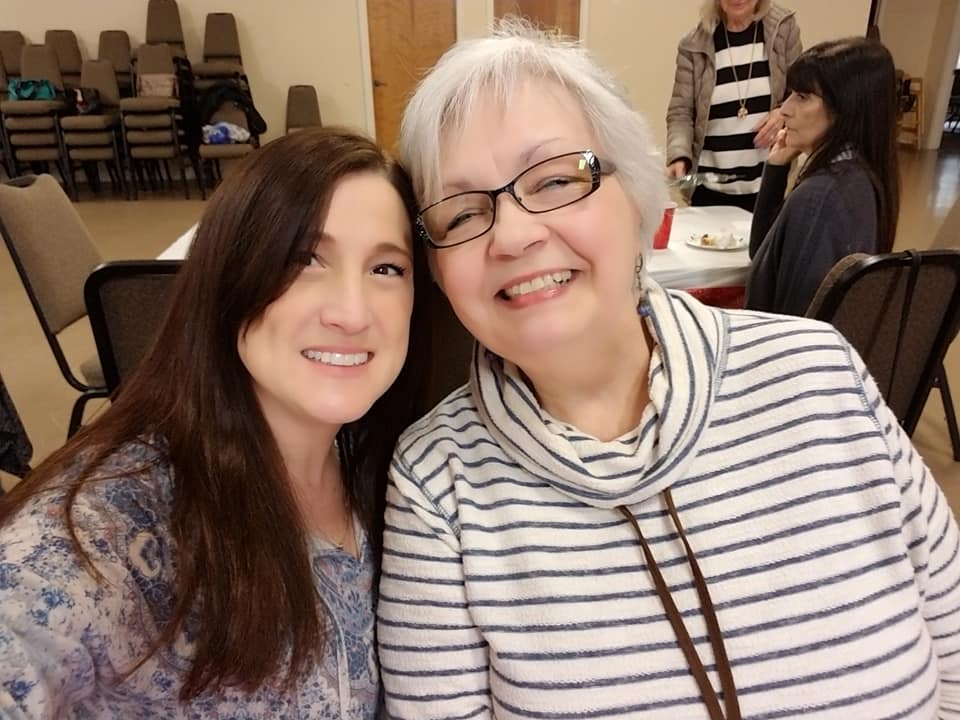 The women of the Cathedral of Christ the King, Sharpsburg,
recently held a luncheon in the church’s Parish Life Center honoring Donna
Shelton, Newnan, who is retiring after 18 years as the church’s business
administrator.   Mrs. Shelton and her late husband, William J,
“Bill” Shelton, became charter members of the church which was
founded in 1996.  Four years later, she
became the church secretary and later was named the business administrator.

When the church’s pastor, David Epps, was elected bishop  of the Diocese of the Mid-South, she took on
the additional roles of assistant to the bishop and as the diocesan
administrator.  Mrs. Shelton served as an
adviser and counselor to many and served as a frequent team member to events
held in Selma, AL and elsewhere by the Archdiocese of the Southeast.

Her husband, Bill, who was a firefighter/paramedic,
including service as a supervisor for the Peachtree City Fire Department, also
served, becoming a Licensed Liturgical Minister who was eventually ordained as
a Deacon. He was later named an Honorary Archdeacon of the Diocese. Between
45-50 women attended the luncheon and presented Mrs. Shelton with a gift.